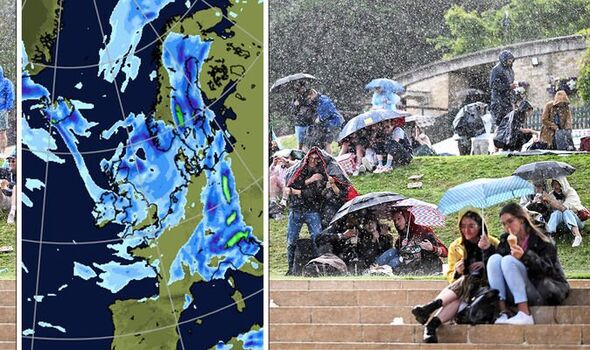 Weather forecaster Accuweather warned that river levels are on the rise, saying that “flooding of roads and farmland is possible.” The rain began last night, with the forecaster warning that further rainfall will continue throughout today. The public has been advised to avoid using low lying footpaths and bridges.

Meanwhile, road users have been advised to plan driving routes to avoid flooded areas such as low lying roads near rivers.

Accuweather added: “Flooding is affecting low-lying land and roads adjacent to the River Trent between Norton Green and Darlaston including Stoke on Trent, Lyme Brook between Newcastle under Lyme and Hanford, Fowlea Brook at Stoke on Trent and Ford Green Brook.

“Further rainfall is possible over the next 24 hours.

“We are closely monitoring the situation.

“Our incident response staff are actively checking river levels and the weather forecast.

“Please avoid using low lying footpaths and bridges near local watercourses and plan driving routes to avoid low lying roads near rivers, which may be flooded.”