Britons must brace for a colder-than-average December this year according to weather forecasters who predict temperatures could drop to as low as -3C to -5C in some rural areas on Thursday morning. Most parts of the country will experience sunny weather throughout the day but there will be significant frost and fog overnight.

The Met Office forecast for Thursday advises of sunnier weather for most parts of the UK throughout the day, after some fog and frost overnight.

The forecast reads: “Most parts dry with light winds and sunny spells, though a few stubborn fog patches may persist.

“Cloudy in the far south, perhaps with a little rain at times. Rather chilly for many.

“Through Thursday evening and overnight some rain is forecast for northwest Scotland.

“Perhaps cloudy with a little rain in the far south of England. 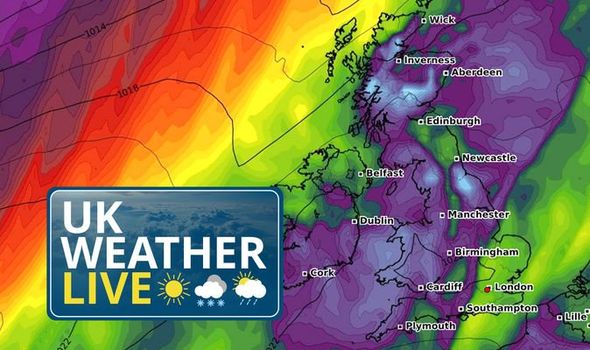 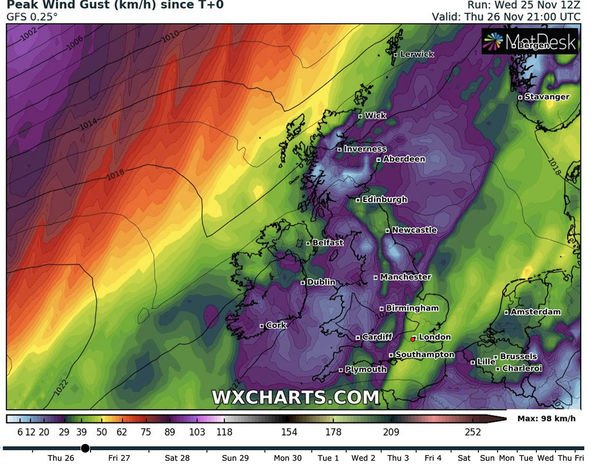 BBC weather forecaster Carol Kirkwood has warned of a thick fog which is predicted to smother the UK into the weekend.

She said the thick fog will form across much of England and Wales on Thursday and Friday.

The forecaster said conditions will feel extremely cold for many areas, with several regions seeing freezing temperatures over the next couple of mornings. 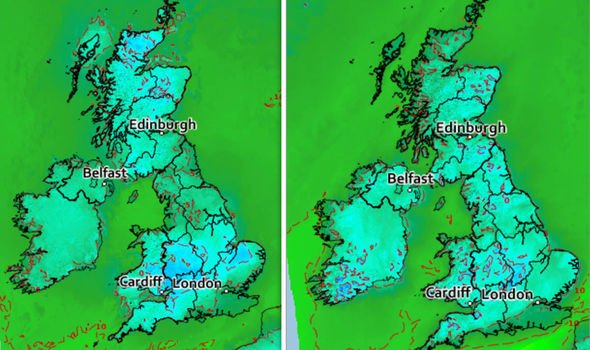 7.41am update: Dense fog expected to descend later on Thursday

Britons awoke to freezing fog conditions on Thursday with temperatures plummeting to below freezing in many parts of the country.

Temperatures will generally struggle to rise beyond 2C this morning, but conditions will be milder across London and the South East reaching 7C.

However, the bitter blast of cold weather is far from over with a denser fog predicted to hit at the end of the day.

Forecasters have warned people who intend to travel on Friday morning that the misty conditions will be slow to lift tomorrow.

7.16am update: Big freeze to submerge the UK with temperatures plunging to hit -5C

New forecasts from the Met Office reveal some regions will see temperatures plummet to as low as -5C as freezing fogs hit parts of the country on Thursday morning.

The Met Office said: “Tonight will be one of the coldest nights of the season so far.

“Away from the far southeast, where cloud cover may keep temperatures just above freezing, many of us will wake up to a frost on Thursday morning, with lows of -3C to -5C in some rural areas.”

The freezing fog is expected to blanket the country covering cars and causing icy road conditions.