Shocking footage from the US Navy shows the moment a groundbreaking laser weapon blows up an aircraft mid-flight. The US Navy warship USS Portland successfully tested the new high-energy laser weapon, according to the Navy’s Pacific Fleet on Friday. Images and videos released by the Navy show the amphibious transport dock ship executing “the first system-level implementation of a high-energy class solid-state laser” to disable an aerial drone aircraft.

Footage shows the laser emanating from the deck of the warship.

After the high-powered laser is fired, videos show a drone suddenly burning up mid-flight before completely vanishing.

The weapon system is being developed due to “an increasing number of threats” that include UAVs, armed small boats, and adversary intelligence, surveillance and reconnaissance systems.

JUST IN: WW3 warning: North Korean event would FORCE the terrified US to invade 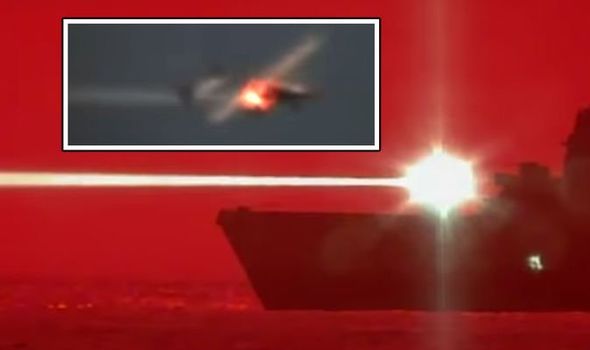 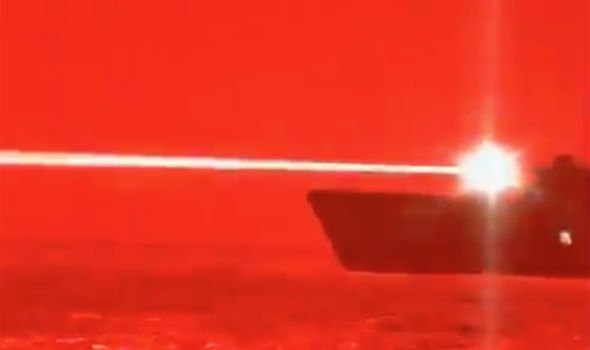 The Navy has used other lower-energy laser weapon systems on its ships in the past, including its 30-kilowatt class Laser Weapon System (LaWS).

Senior Navy commanders hopes latest laser cannons can defend the fleet from drones and even the long-range missiles from rivals like China.

China’s land-based missiles could outrange a US carrier strike group’s jets and missiles and overwhelm a carrier group’s ability to intercept with a finite supply of missiles.

A Navy official declared: “With this new advanced capability, we are redefining war at sea for the Navy.” 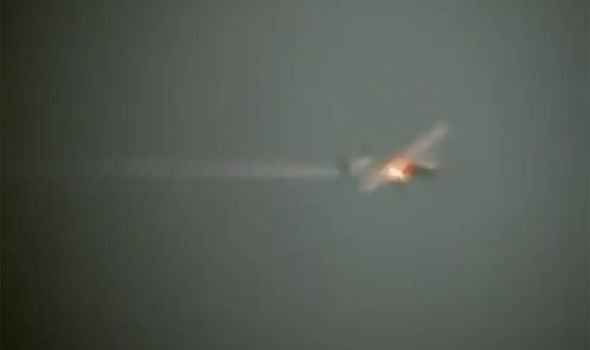 The test launch of the weapon took place while operating off Pearl Harbor, Hawaii, on May 16.

US Navy Captain Karrey Sanders, the ship’s commanding officer, explained: “By conducting advanced at sea tests against UAVs and small crafts, we will gain valuable information on the capabilities of the Solid State Laser Weapons System Demonstrator against potential threats.

“The Solid State Laser Weapons System Demonstrator is a unique capability the Portland gets to test and operate for the Navy, while paving the way for future weapons systems.” 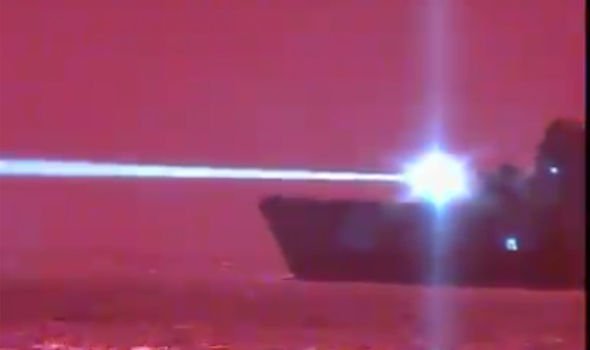 The laser itself is understood to be the Northrup Grumman-developed 150-kilowatt-class Laser Weapon System Demonstrator (LWSD).

The US Army is also developing its own laser weapon, the Indirect Fires Protection Capability-High Energy Laser (IFPC-HEL), which is expected to range up 300 kilowatts and intercept rockets, artillery, and mortars.

Director of the Office of Naval Research Guy Renard said:”For about the price of a gallon of diesel fuel per shot, we’re offering the Navy a high-precision defensive approach that will protect not only its sailors, but also its wallet.”