Yesterday morning, the tide had reached a height of 122cm following heavy downpours and high winds. The unsettled weather came unexpectedly for officials who did not have time to engage the newly introduced flood barriers to prevent flooding.

The flood barriers require 48-hours to be activated and protect the city from tides of up to 3 metres (10 ft).

The Mose barriers work with sea levels of over 130cm, but the last few days the forecast had predicted sea levels to rise up to 120cm. 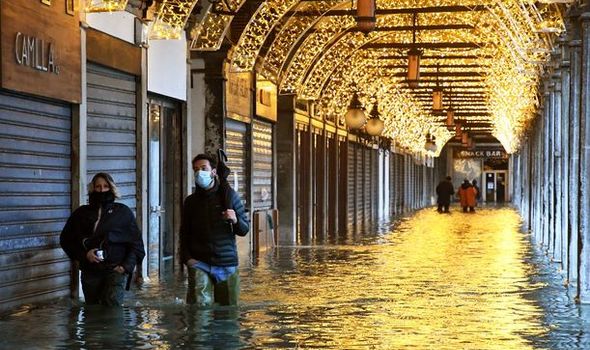 He said: “The situation is terrible, we are under water.”

Mr Tessein warned the flood water, which had got inside the basilica, posed a threat to the historic interior of the building.

Venice’s mayor, Luigi Brugnaro, gave an update on Twitter, confirming the Mose gates had not been enabled.

He wrote: “3.10pm… Now I’m at the Centro Maree to follow the development of the situation. 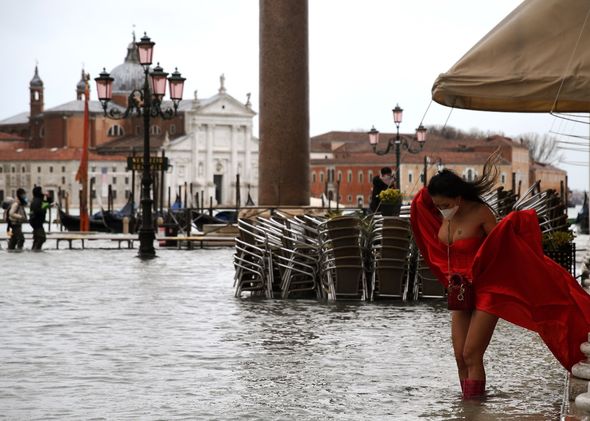 “The Mose system is not active.”

The alarming news comes just a year after Venice suffered a near-record flooding that was categorised as “dramatic” by Italian Prime Minister Giuseppe Conte.

On November 12, 2019, Mr Brugnaro tweeted that “it will be a long night” as the city experienced the second highest tide in its history. 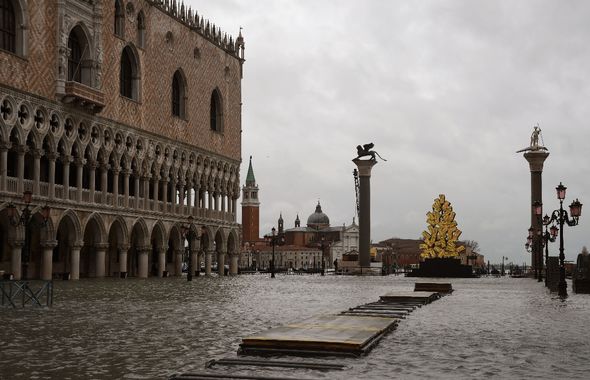 He compared the flood to “a wound that will leave a permanent mark.”

He added: “The situation is dramatic. We ask the Government to help us. The cost will be high. This is the result of climate change.”

Mr Conte paid a visit to the city to see the the damages of a flooding that claimed the lives of two people.

He said: “The situation is dramatic… the people are suffering.”

Mr Conte declared a state of emergency and destined €20 million ($22 million) toward the recovery of the city. 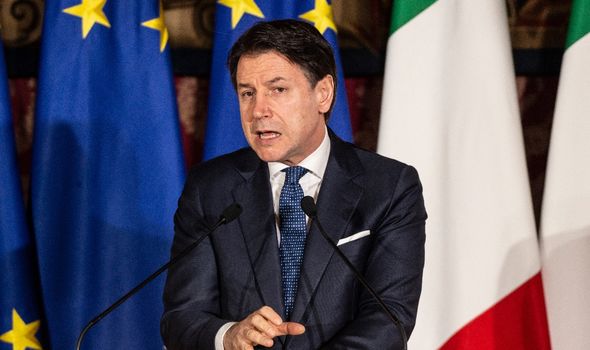 During the devastating flooding, Saint Mark’s Basilica was flooded for the sixth time in 1,200 years.

It was the fourth time in the last 20 years that the cathedral has been flooded.

The last time it was flooded in October 2018, the cathedral’s administrator claimed that the basilica had aged 20 years in a single day.

Video on social media showed deep waters flowing like a river along one of Venice’s main thoroughfares.