Severe Weather Europe have reported a “marked cold snap” is expected over the days of May 11 to 13. The northern parts of the continent are set to face an “intense Arctic outbreak”. The foreseen pattern will bring “significantly colder air mass” across many countries.

In the WXCHARTS graphic, a huge area of rain can be seen entering into Europe from the end of this week.

Eventually by Thursday May 12, snow begins to appear across northern and eastern parts.

Heavy rain continues to swirl around, moving into latter weeks and generating thunderstorms.

Eventually by the end of the month, the cold snap appears to weaken significantly. 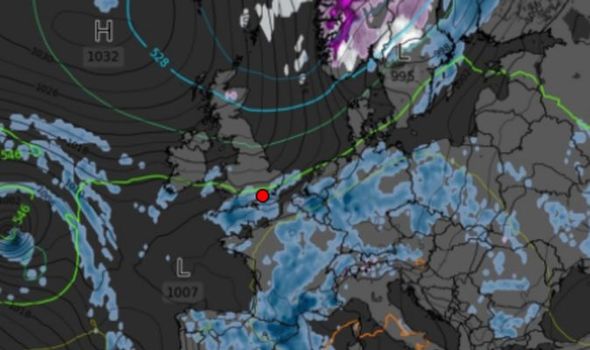 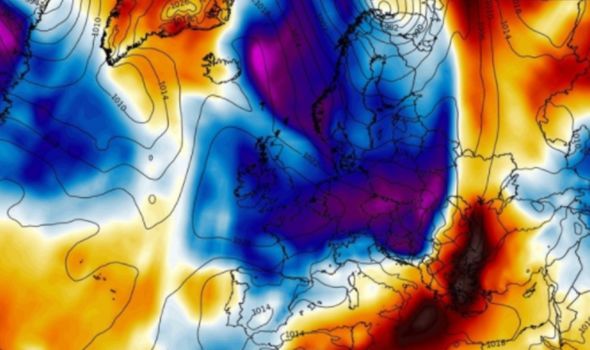 BBC meteorologist Ben Rich also explained the incoming unsettled conditions, telling viewers: “There will be a lot of dry weather around but on the earlier satellite picture, you can see some areas of cloud on the western side of the continent.

“Some heavy showers and thunderstorms continuing throughout Friday night and on Saturday.

“We will see some rain pushing in from Portugal into the western side of Spain and a scattering of storms ahead of that.

“On Saturday afternoon 24C in Paris and London so still relatively warm here but with some thunderstorms in the afternoon for France.” 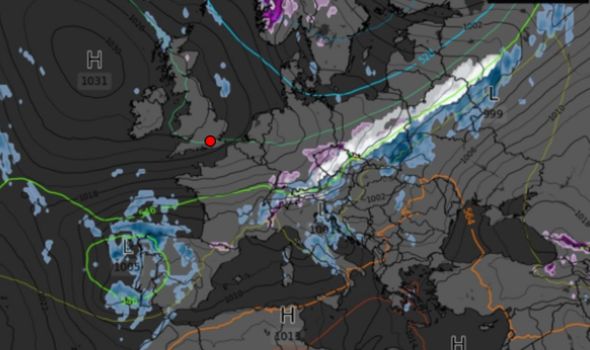 He continued: “We will also see some snow pushing into Scandinavia and certainly northern parts of Norway.

“It will be predominately dry across these eastern European areas as well on Saturday.

“Arctic winds will force temperatures to begin to fall across the continent.” 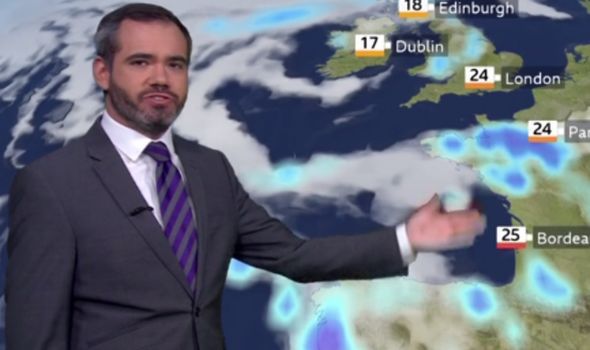 “There will be some very heavy rain at this stage for northern Spain, France and some showers and storms getting into Germany as well.

“Meanwhile, to the north some much colder air starting to dig its way in.

“So there will be a big drop in the temperature for London and that colder air will eventually reach Paris.

“As we begin the new week, both London and Paris will see a temperature high of 12C due to the Arctic air.”