Brussels chose to mark Europe Day by publishing a video with a message from each of the bloc’s leaders. The EU27 each said what Europe means to them, with Charles Michel, the President of the European Council, highlighting that Europe stood for unity and solidarity. But the claim has received a backlash on social media, as people question whether the EU really are “all in it together”.

Mr Michel posted the video to his Twitter account, and wrote: “On #EuropeDay, let’s never forget… Europe is YOU, it’s US, it’s all of us TOGETHER. UNITY is what makes us stronger.”

The video has also been posted to the EU’s official website and shows each of the EU27 giving a short message of what Europe means to them.

But the video has received a backlash on social media, as users scoffed at the idea of European solidarity.

One person wrote: “Excuse me, but this seemes like a surreal freakshow… Only rhetoric. 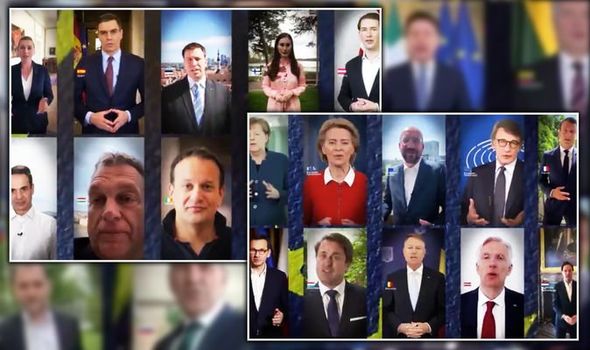 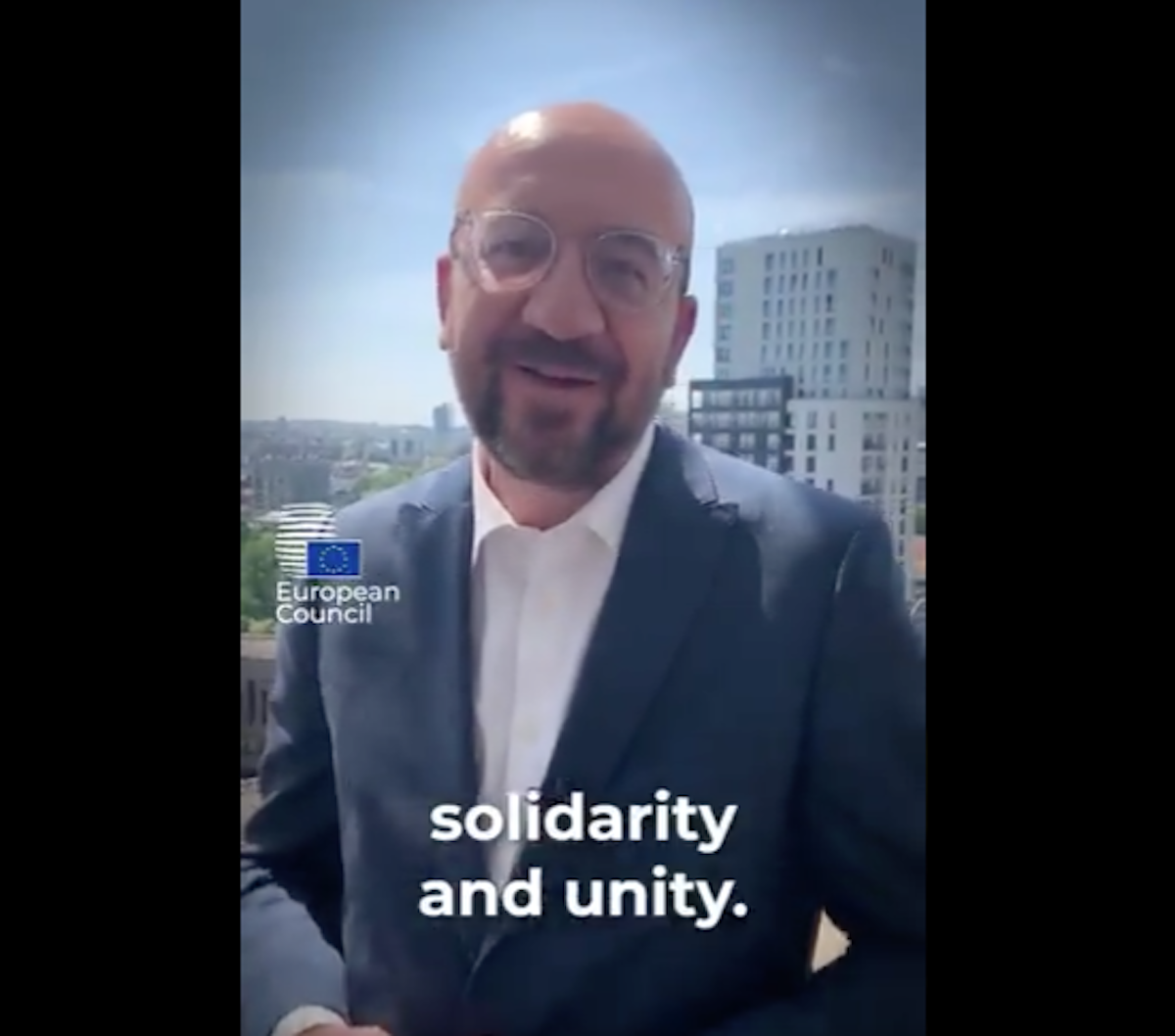 “Ask the refugees in Greece what they think about european solidarity!

“Only peace is a good and important point they made.

“But Europe has to be more than that!”

The user, whose Twitter profile appears to show he is a German national, suggests the EU’s response to the refugee crisis in Greece purports the opposite of unity. 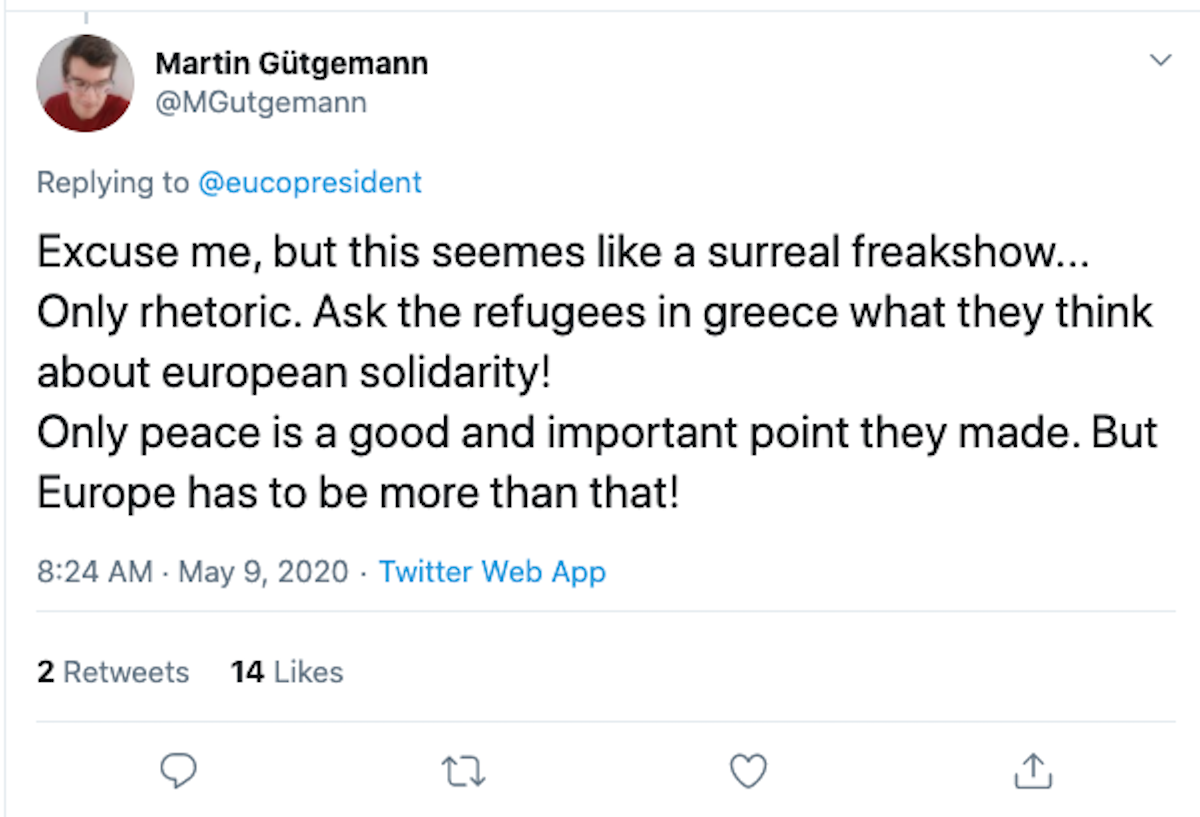 The EU was criticised for being slow to assist Greece during the crisis, with some member states urging for a single European policy on asylum.

But Brussels later agreed a joint response to the crisis and brokered a deal with Turkey – whereby Turkey would stop allowing migrants to reach the EU in return for funds from the bloc to help it manage the huge numbers of refugees it hosts. 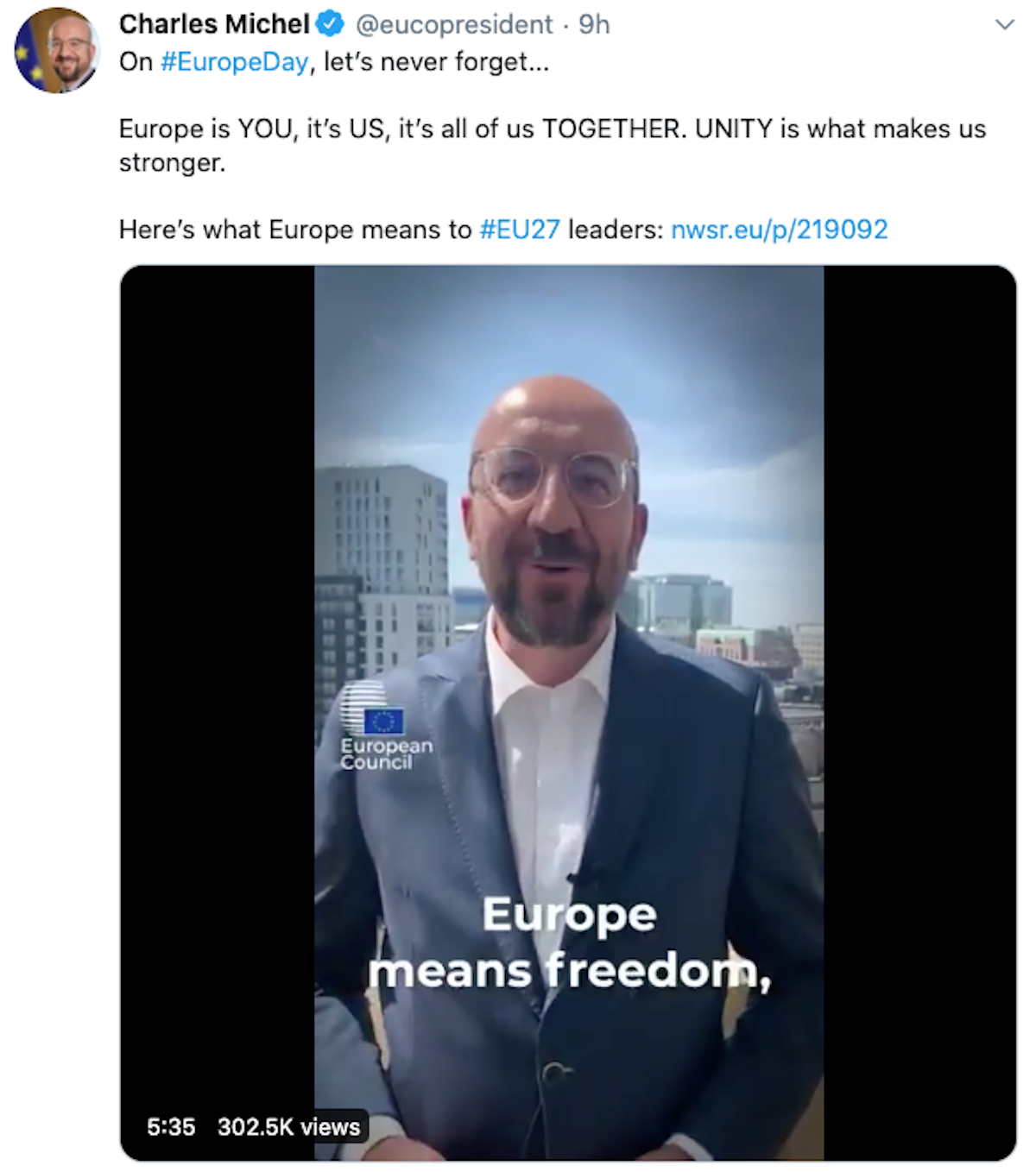 But at the start of the coronavirus pandemic Turkey defaulted on its agreement, resulting in hundreds of migrants attempting to reach Europe.

Other social media users mocked the idea of European unity, evidencing the EU’s response to the coronavirus pandemic.

They wrote: “Agreed ask the Italians or Spanish. 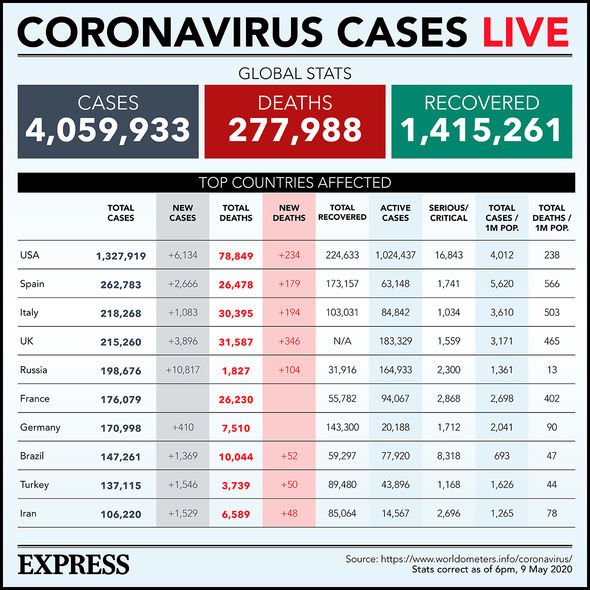 “The only thing they got from the Eu was an apology!

The EU has come under fire in recent weeks for its reluctance to mitigate the economic fallouts in Spain and Italy as a result of the pandemic – despite being the two worst-hit countries in the bloc.

Another person hinted the message behind Brussels’ video was only for show.

They wrote: “I wish they would ALL really MEAN what they say!” 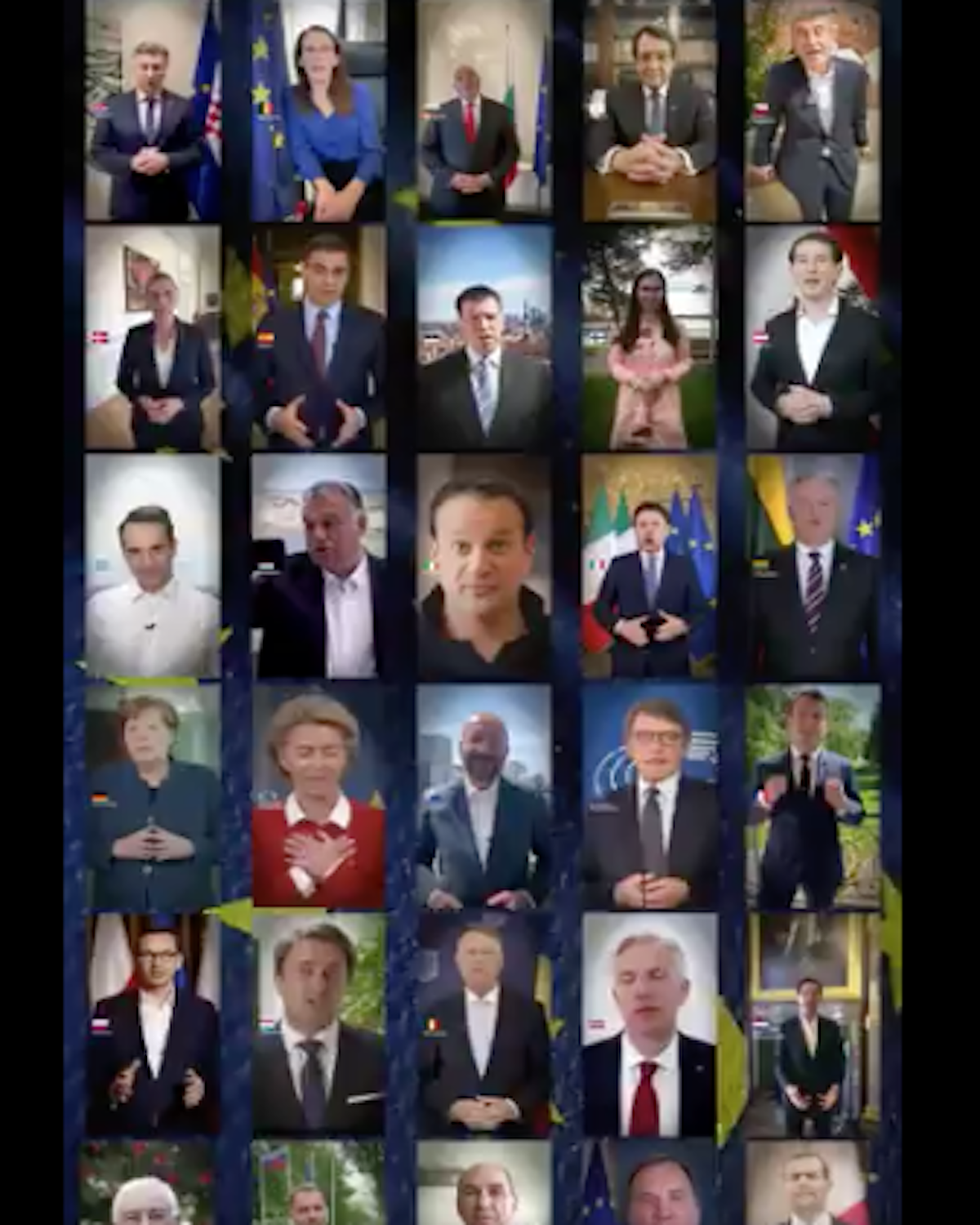 But other users disagreed, and praised the EU leaders for the open display of unity.

One person wrote: “This is a fantastic show of European unity never as well communicated previously!”

Another person said: “Together we are stronger. For a European Union!”

Europe day is celebrated annually on May 9, to mark the start of a union between European states.

It started as the European Coal and Steel Community in 2015, the forerunner to the EU.