Aircraft have been told to avoid Belarusian airspace by several countries following a “state-sponsored hijack” on Sunday. Now sanctions are being considered against the Lukashenko administration according to Foreign Secretary Dominic Raab.

So what is happening in Belarus?

On Sunday a flight from Athens to Vilnius was forced to change its flight path to Minsk after a bomb scare.

Belarusian authorities scrambled a fighter jet and flagged what turned out to be a false bomb alert to force a Ryanair plane to land.

Opposition-minded journalist Roman Protasevich was on board the flight and then detained, drawing condemnation from Europe and the United States. 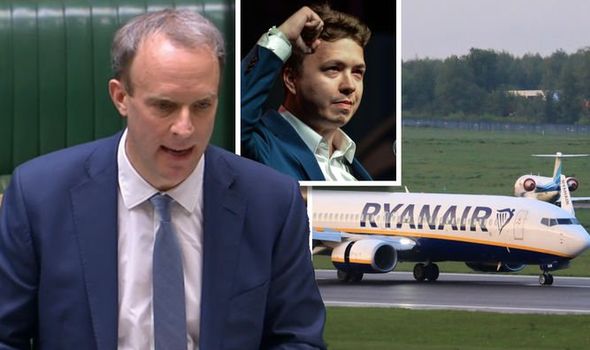 Ryanair boss Michael O’Leary said it was a “state-sponsored hijacking” and claimed agents from Russia’s KGB were also on board the flight.

He told Newstalk: “I think it’s very frightening for the crew, for the passengers who were held under armed guard, had their bags searched.

“It was clear it appears that the intent of the Russian authorities was to remove a journalist and his travelling companion.

“We believe there was also some KGB agents offloaded from the aircraft as well.” 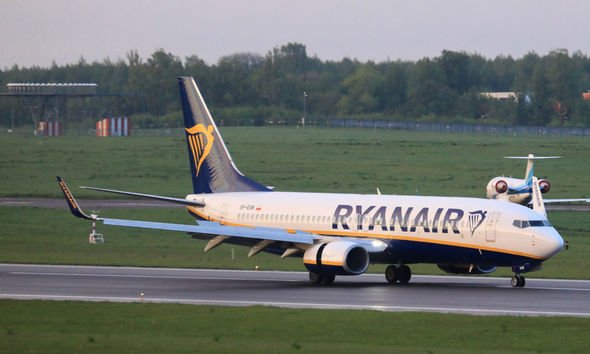 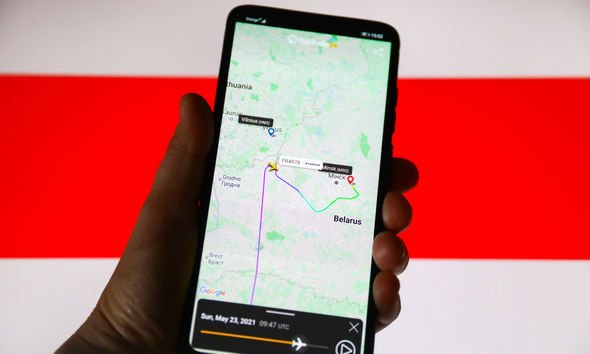 Mr Raab said Britain was working with allies on a coordinated response including further sanctions on Belarus which has been led by Belarusian President Alexander Lukashenko since 1994.

Britain summoned the Belarusian ambassador to London over the arrest of dissident journalist Mr Protasevich.

Mr Raab also said Britain was issuing a notice to advise British airlines to cease flights over Belarusian airspace and that it would suspend the air permit for Belarus airline Belavia with immediate effect.

He told Parliament: “Lukashenko’s regime must be held to account for such reckless and dangerous behaviour.

“The scenario as reported is a shocking assault on civil aviation and an assault on international law. It represents a danger to civilian flights everywhere.”

Is Belarus in the European Union?

Belarus is not a member of the European Union, and its relationship with the Bloc is complicated by its close ties to Russia.

On the European Council website, a section about Belarus reads: “Since October 2020, the EU has progressively imposed restrictive measures against Belarus.

“The measures were adopted in response to the fraudulent nature of the August 2020 presidential elections in Belarus, and the intimidation and violent repression of peaceful protesters, opposition members and journalists.” 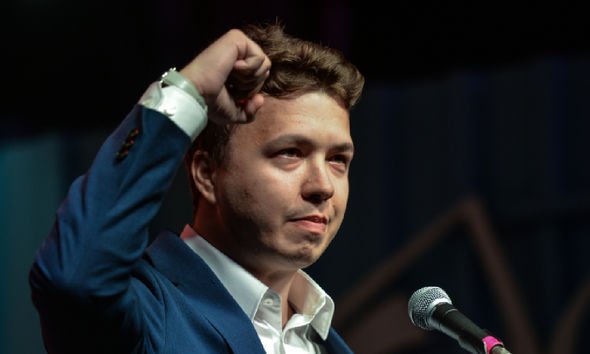 EU relations with Belarus include:

Poland wants to suspend all flights between the EU and Belarus until Mr Protasevich is freed.

Witnesses onboard the flight said Mr Protasevich was shaking as he left the aircraft, accompanied by Belarusian KGB officers.

The journalist was said to be worried he would face the death penalty, which is legal in Belarus.