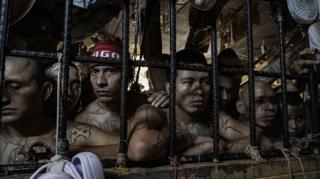 Latin America has some of the most overcrowded jails in the world. With prisoners crammed into tiny cells by the dozen, social distancing is impossible and poor medical facilities mean any outbreak of coronavirus would spread like wildfire.

The United Nations has urged governments to do more to protect inmates and has suggested the most vulnerable be temporarily released to ease overcrowding.

Chile, Colombia and Nicaragua have announced they will move thousands of prisoners into house arrest with priority given to the elderly, pregnant women and those with underlying conditions. Brazil has already started moving inmates over 60 into house arrest and Peru says it plans to give vulnerable inmates an amnesty.

But the country with the second-highest per capita prison population after the US has not taken yet taken any such steps. El Salvador has been grappling with gang violence for decades and its prisons are bursting at the seams. 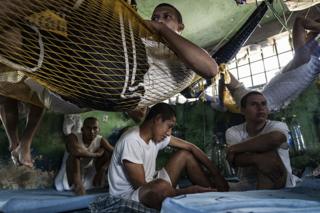 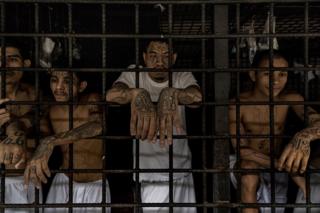 President Nayib Bukele, who took office in June 2019, claims much of the credit for that drop.

His zero-tolerance policy towards gang violence also extends to the country’s prisons with jailed gang members allowed no visitors or phones and confined to their cells 24/7. If, on the other hand, the situation both inside and outside the jails is calm then normal hours and visitation rights are reinstated. 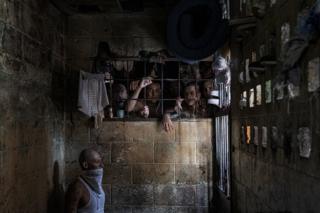 Before Mr Bukele came to power, a programme called “Yo cambio” (I change) offered prisoners a chance to learn skills to boost their employability. 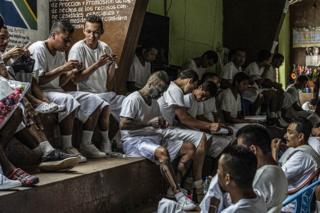 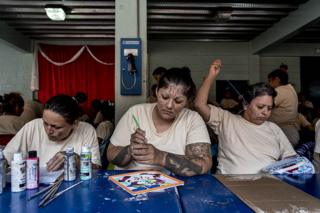 Some even created their own designs and showed them off in prison fashion shows. 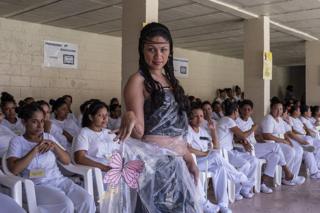 Given El Salvador’s severe gang problem and the fact that up to 80% of the attacks committed on the outside are believed to have been ordered from behind bars, many fear that releasing prisoners will further escalate gang violence. 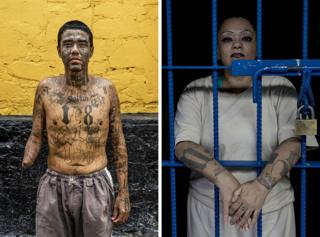 Prison guards routinely wear balaclavas to shield their identities so they and their families will not be targeted. 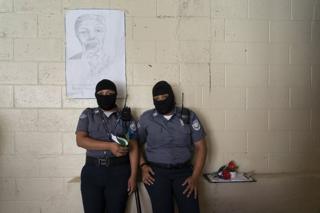 But prisons with their mass overcrowding could also become hot spots for coronavirus infections.

Respiratory diseases already have a higher incidence in the country’s prisons. The rate of tuberculosis infection in El Salvador’s prisons has been more than 50 times as large as that in the general population, according to the Pan American Journal of Public Health Study.

Given that coronavirus and tuberculosis spread in similar ways, authorities are scrambling to prepare for what infectologist Jorge Panameño has called a “time bomb” waiting to explode. 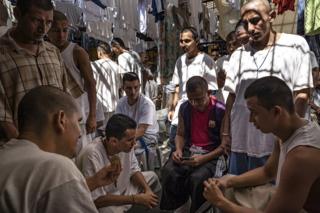 President Bukele has been making some changes to the Salvadorean prison system. On 26 December – before coronavirus spread to El Salvador – he announced that Chalatenango prison (pictured above) would be turned into a university. Six hundred inmates were transferred and the president said on Twitter – without offering any more detail – that the remaining 730 would be moved out in the following days.

But while President Bukele was quick to order a nationwide lockdown and curfew to curb the spread of the virus, no official policy for prisoner releases has been announced.

El Salvador’s prisons have a capacity of 18,051 but the system currently holds more than 38,000 inmates.

Extreme heat, unsanitary conditions and tuberculosis claimed the lives of many inmates even before coronavirus. 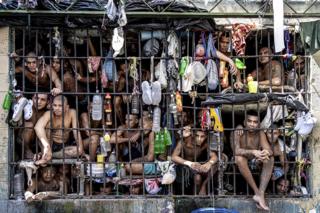 To prepare for a possible coronavirus in prison, the president has already had to lift some of the emergency measures he imposed to better control inmates. 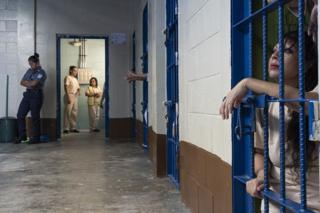 Moreover, judges in El Salvador have argued that those over 60 and with terminal illnesses should be temporarily released – however gang members would not be included in this move. 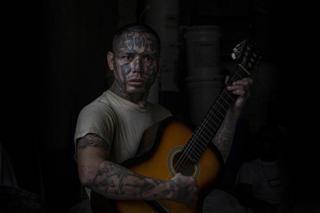 The dilemma he faces is a stark one: release prisoners and risk a rise in gang violence he has fought hard to drive down or keep them behind bars and face a potential coronavirus explosion.