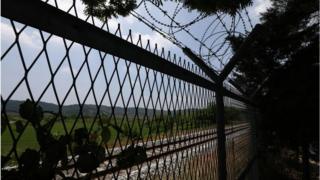 North Korea has followed through on a threat to demolish a joint liaison office with the South, causing alarm around the world.

The establishment of the office was part of a flurry of reconciliatory moves in 2018 after leaders of the Koreas, who are technically still at war, met to try to improve relations.

After US President Donald Trump and North Korean leader Kim Jong-un met in 2019, there was hope the North would give up its nuclear weapons programme. But nothing came of those highly publicised summits.

In recent months there has been intense speculation around the reality of the coronavirus situation in the North – which claims to have no cases – and its economic situation. Rumours have swirled around Kim Jong-un’s health and whether the public are being prepared for his sister to take over if needed.

So why did the North take this step now and what does it mean? We asked North Korea watchers to give us their snap analysis.

‘Pyongyang could be creating a crisis’ – Ankit Panda, author of Kim Jong Un and the Bomb: Survival and Deterrence in North Korea

Coming so soon after the 20th anniversary of the first-ever inter-Korean summit, the destruction of the Inter-Korean Liaison Office is certainly an evocative reminder of the ways in which inter-Korean cooperation has gone wrong in the past and just how the progress made in 2018 is quickly fraying.

The North Korean side did telegraph this action quite explicitly, citing recent activities by South Korean civil groups as the near-term cause for its decision.

We may in the coming days see other steps by the North Koreans, which could range from provocative military exercises, live firing of artillery shells toward South Korean territory, or steps to reverse the accomplishments of the September 2018 inter-Korean Comprehensive Military Agreement.

As for the strategic purpose behind these provocations, much remains unclear. Pyongyang may be seeking to create a crisis to encourage South Korean President Moon Jae-in, now with a super-majority in parliament following the April mid-term elections, to push forward with inter-Korean economic co-operation projects.

Separately, this provocation, and others yet to come, may be linked to an internal North Korean effort to build further legitimacy for Kim Yo-jong, Kim Jong-un’s sister. After all, she was the one to have announced the impending destruction of the inter-Korean Liaison Office in a statement over the weekend.

There’s been some speculation in the past week that North Korea wants to extract some concessions from the South, wants to get the United States’ attention without testing a long-range missile, or perhaps wants to create a crisis as a prelude to justifying emergency talks. None of these strategic explanations is entirely satisfying.

So many of North Korea’s outward-facing choices are to do with internal politics and we can never be sure exactly what’s going on.

The fact that Kim Jong-un’s younger sister has been front-and-centre in this tension-building suggests that this could be about burnishing her credentials as someone who can be tough on the North Korea’s enemies.

She was, after all, closely associated with the North-South rapprochement of 2018. Now the leadership can show a domestic audience that she’s no-one to be trifled with, foreign audiences can also take that message away and if Pyongyang has truly given up on South Korean leader Moon Jae-in breaking with the United States to pursue inter-Korean cooperation projects, then they probably think they have very little to lose.

‘North Korea feels betrayed by Trump’ – Van Jackson, author of On the Brink: Trump, Kim, and the Threat of Nuclear War

The motivations for the attack likely trace to three converging issues. One is North Korean leader Kim Jong-un’s feelings of betrayal following the failed summits with President Donald Trump. Kim entered those summits with an expectation of securing relief from a punishing economic sanctions regime but received none.

Second, North Korea’s economy is under strain from the combination of restricted trade with China due to Covid-19 and the escalating US campaign of maximum sanctions pressure, increasing the imperative for sanctions relief.

Third, Kim Jong-un’s sister is undergoing a process of establishing bona fides as a person of authority and needs to show strength and competence to both elites and the militarist elder generation in North Korea. It is unclear if she is being groomed to succeed Kim Jong-un given his ill health.

The reason for targeting South Korea is strategic – North Korea risks conflict escalation if it attacks the United States directly, so has taken aim at the South as a perceived vulnerable target less likely to trigger a war.