BBC Weather: Parts of UK set to be hit by severe storms

Meteorologists are warning that thunderstorms are set to roll in Wednesday evening across most of southern England and Wales. This week, the mercury has hit highs of nearly 30C in some areas of the south of England, but now heavy rain is set to batter central, eastern and southern England in an abrupt end to the good weather.

It comes after the hottest day of the year so far was recorded on Monday when temperatures soared to 29.7C in Teddington, southwest London.

The Met Office issued a yellow weather warning for thunderstorms across large parts of southern and eastern England for the next two days.

The thunderstorm warning engulfs the east coast all the way up to Hull in Yorkshire, down to the south coast, stretching along to Weymouth.

Maps show a huge band of rain moving northeast across London and the Home Counties and into parts of the north throughout today. 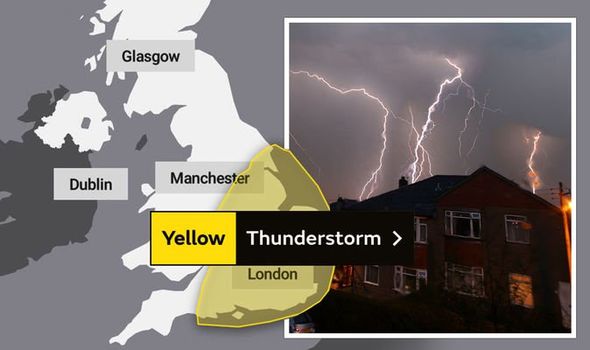 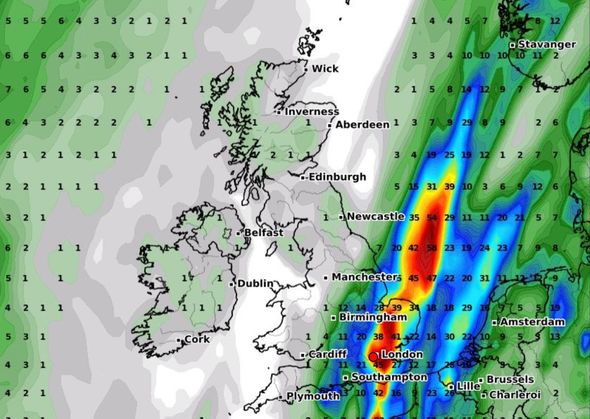 The warning is in place from 6am on Friday and lasting until 6am on Saturday.

The warning reads: “A spell of quite prolonged and often heavy rain is expected to spread northwards into parts of England on Friday though there remains uncertainty in how far northwest this progresses.

“This area of rain then clears away northeast on Saturday morning.

“Parts of East Anglia, the East Midlands and southeast England may see 20 to 40mm of rain with a few sites potentially seeing 50 to 70mm. 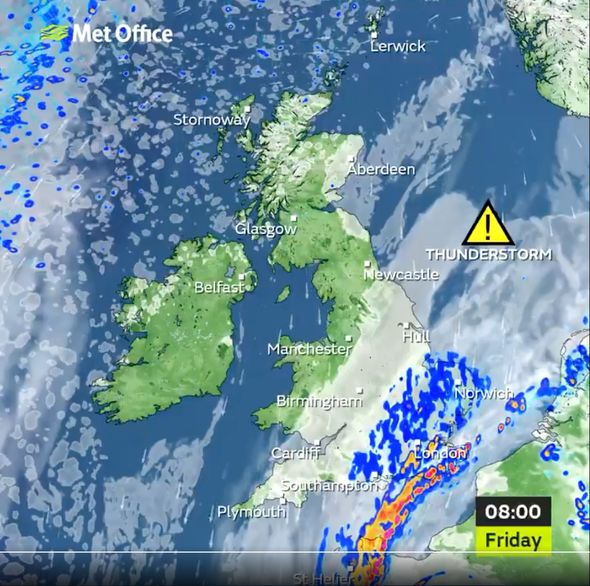 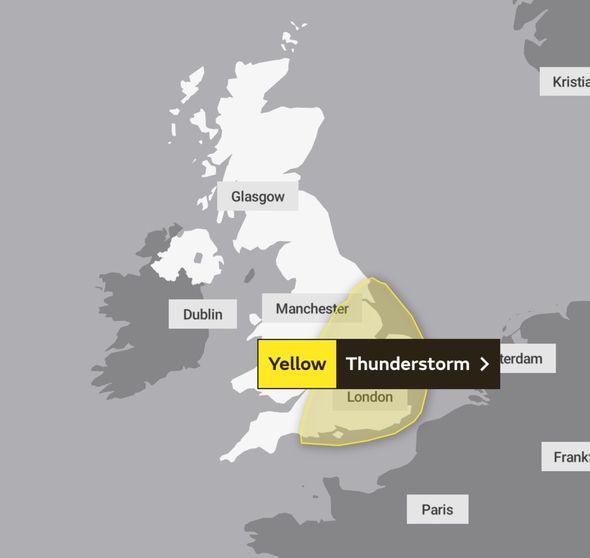 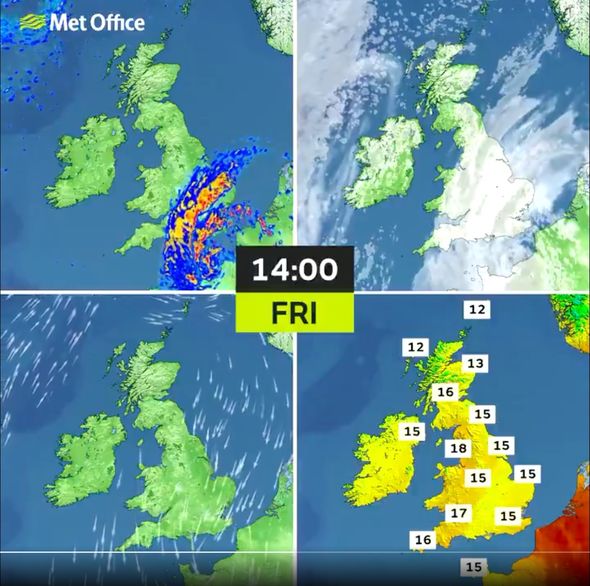 “However, many parts will see much less rainfall. Some thunder and lightning is also possible, particularly in East Anglia, the East Midlands and southeast England but heavy rain is the main hazard.”

Drivers are being warned of dangerous conditions to come with the unprecedented weather, with the Met Office warning that spray and flash flooding could lead to road closures.

The Met Office also warns there could be power cuts and communities could be cut off if flooding is bad enough in some areas.

As a result, flood alerts are currently in place for a number of areas.

As of 7.30am on Friday, June 18, the following areas have flood alerts in place:

Ravensbourne area in the London Boroughs of Lewisham, Bromley, Greenwich and Croydon

River Hogsmill area from Ewell to Kingston upon Thames

Yeading Brooks in London Boroughs of Harrow and Hillingdon 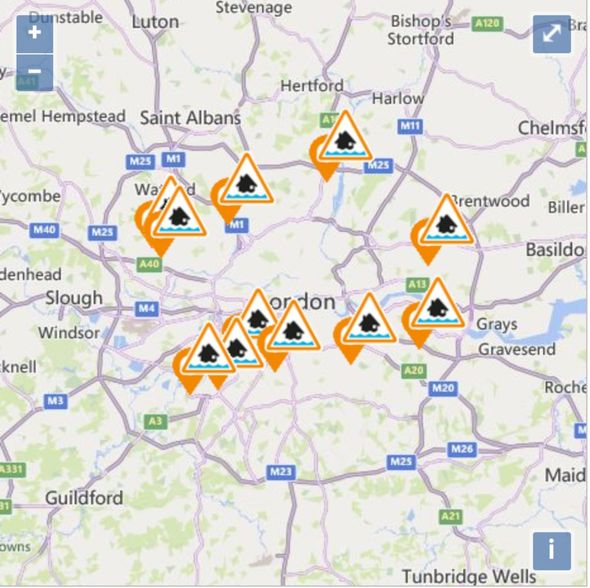 However, the wet weather isn’t likely to be as severe later on Saturday and through to Sunday.

Unsettled weather is predicted for southern areas across the weekend, although maps show pleasant temperatures of 14C to 19C by 1pm on Saturday.

Maps show small areas of rainfall across the south and Wales, with Scotland, Northern Ireland and the north all looking relatively clear.

The Met Office predicts the poor weather should ease up by Tuesday at the latest.