BILBAO, Spain (Reuters) – Two dozen visitors queued to get their temperatures taken at the entrance to Bilbao’s Guggenheim Museum on Monday as it became the first of Spain’s major cultural centres to reopen its doors after a long lockdown due to the coronavirus pandemic. 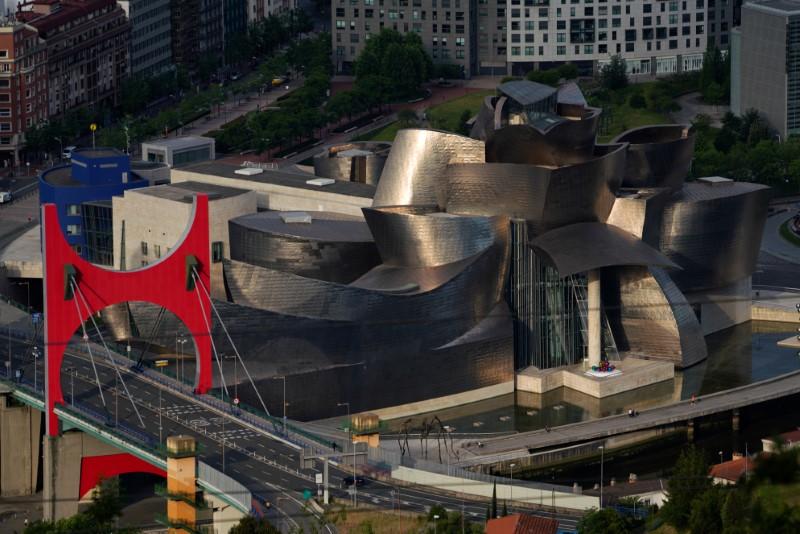 Attendance appeared modest on the grand opening day of the Frank Gehry-designed Guggenheim, which, with its sweeping metallic curves reflecting the murky waters of the Nervion River, is one of Spain’s most recognizable structures.

Visitors must wear masks, while capacity has been reduced by half and hand-sanitizing stations have been dotted at strategic points around the cavernous structure.

A couple strolled through the cathedral-like atrium, with more than enough space to maintain the requisite 2 metres safety distance.

“We thought we’d make the most of there not being too many visitors so we could enjoy the museum a bit more,” said Imanol Sierra as he waited outside with his two children.

Along with the rest of the country’s museums and galleries it has been closed since a state of emergency was declared in mid-March.

But as the Basque Country progresses to the third stage of a four-step easing plan, the centre has reopened, albeit with several limitations.

“The first measure they will find is that we are taking temperatures at the entrance,” director Juan Ignacio Vidarte said.

A masked cleaner meticulously wiped down the handrail of a spiralling walkway as masked visitors approached an automatic non-contact thermometre at the lobby.

“We’re seeing that in this phase-out period people want to enjoy what they used to do before and pick up their former hobbies,” the museum’s subdirector for communications, Begoña Martinez Goenaga, said.

“I hope people return to consuming culture in person like before, as much as possible.”

Madrid’s landmark museums El Prado, the Thyssen and the Reina Sofia are set to reopen on Saturday.