PARIS (Reuters) – Workers began on Monday the delicate and risky task of dismantling 200 tonnes worth of charred and twisted scaffolding left surrounding the centuries-old Notre-Dame Cathedral in Paris after last year’s fire. 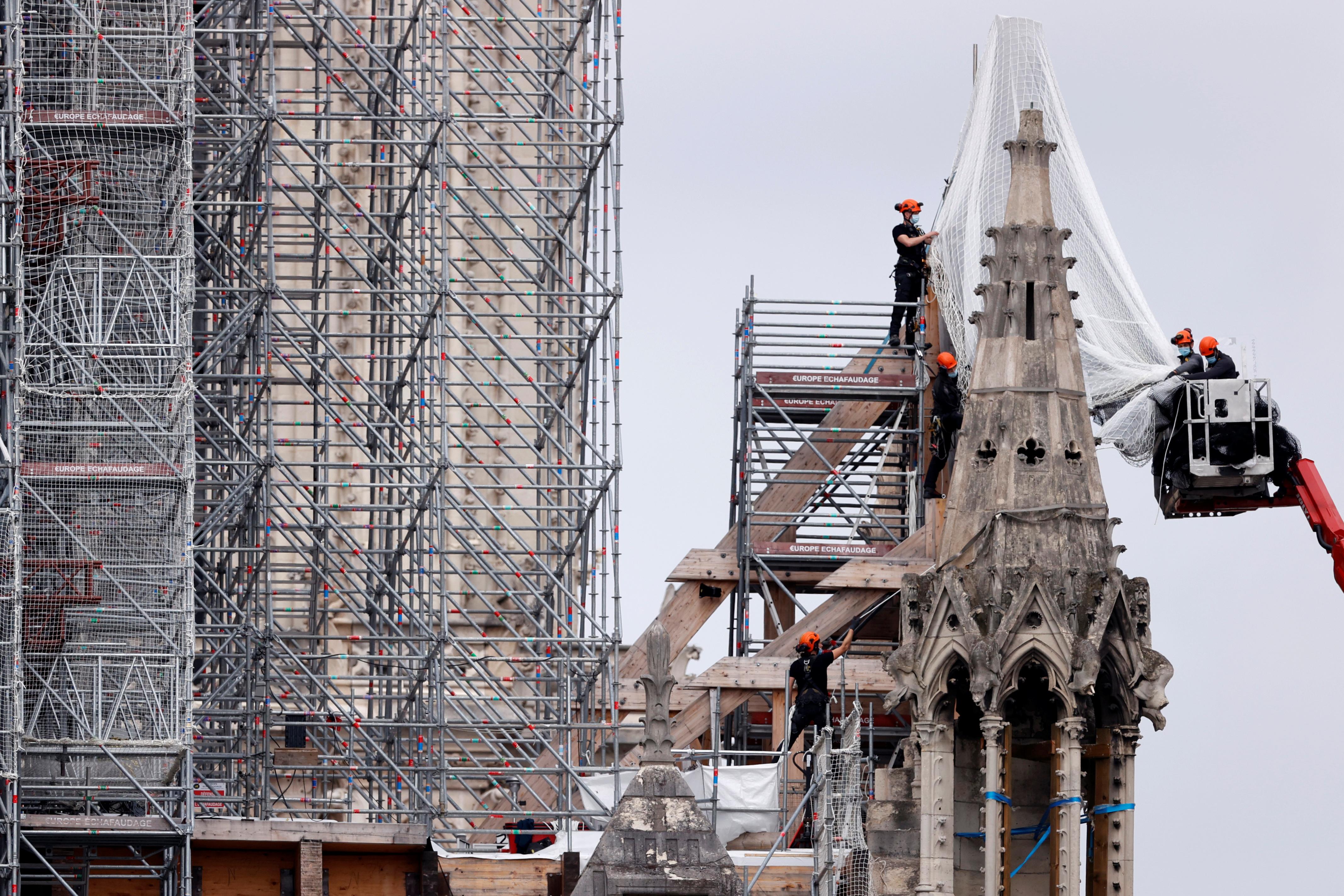 The scaffolding had been erected for renovation work on the cathedral’s old spire before the fire engulfed the major tourist attraction on April 15, 2019, destroying the spire and the roof in a disaster that stunned the nation.

The operation, delayed from mid-March by the new coronavirus pandemic and subsequent lockdown, is an important step in the restoration of the cathedral that French President Emmanuel Macron promised to rebuild within five years.

Two teams of five workers will use ropes and harnesses to remove the now-tangled metal poles. They will be equipped with sabre saws to cut through the 40,000 pieces of scaffolding. An 84-metre-high crane will then lower the pieces to the ground.

“It’s the last check-up before open-heart surgery. The rope workers will swing from tube to tube to cut up the scaffolding”, Christophe-Charles Rousselot of the Notre-Dame Foundation told Reuters.

“It is an extremely complicated, very delicate operation that has been prepared for months,” he said, adding it would take all summer to complete.

The main bell towers, outer walls and much of the vaulted ceiling of the cathedral survived last year’s blaze, along with religious relics and artworks housed within.

Only when the scaffolding is removed will engineers be able to inspect how structurally sound the damaged vaults are.

“I can’t imagine Paris without Notre-Dame. I hope they will make it as beautiful again as it was before”, said 72-year-old Paris resident Marie-France Di Giorgio.

Church officials hope Notre-Dame will be open for mass by 2024, when Paris is due to host the Olympics.