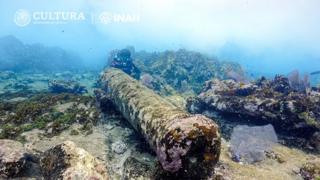 Underwater archaeologists in Mexico have revealed details of the remains of a sailing ship they have located off the coast of Quintana Roo state.

They believe the ship sank more than 200 years ago after hitting a reef.

While most of the wood has rotted away, the ship’s cannon and anchor are well preserved.

The wreck has been named after Manuel Polanco, the fisherman who first spotted it and reported it to Mexico’s National Archaeological Institute.

The wreck was found in the waters of the Banco Chinchorro atoll reef, about 35km from Majahual on Mexico’s Caribbean coast, and is thought to date back to the late 18th or early 19th Century.

The archaeologists think that it sank after hitting the Chinchorro Bank, which was colloquially known as “Nightmare reef” or “Sleep-robbing reef” because of the dangers it posed to seafarers.

Mexico has declared the area an underwater cultural heritage site because of the many wrecks which can be found there, including two Spanish galleons.

The Manuel Polanco is the seventieth wreck to be found in the area. 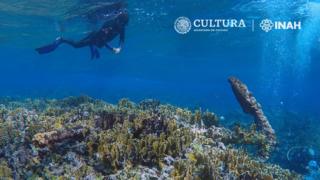 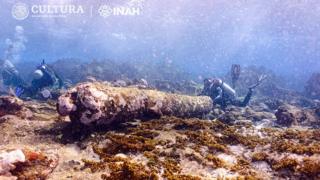 Mexico’s National Archaeological Institute (INAH) was alerted to the remains of the sailing ship – an anchor, a 2.5m-long (8ft) cannon and pig iron ingots believed to have been used for ballast – by fisherman Manuel Polanco.

Mr Polanco, who is now retired and in his 80s, already made some remarkable discoveries in the 1960s and 70s.

Among his best-known finds are the wreck of a ship dubbed “40 cañones” (40 cannons) and “The Angel”, a sailing ship which transported logwood – a natural source of purple dye – from Mexico to Europe.

He spotted the remains which INAH archaeologists are now studying as early as the 1990s, but archaeologists only carried out their first dives to inspect it in the past two months.

To honour his contribution to underwater archaeology, INAH scientists decided to name the newly located wreck after Mr Polanco.

The INAH scientists think the remains could have belonged to a British sailing ship but said they needed to carry out further studies before they could confirm its origin. 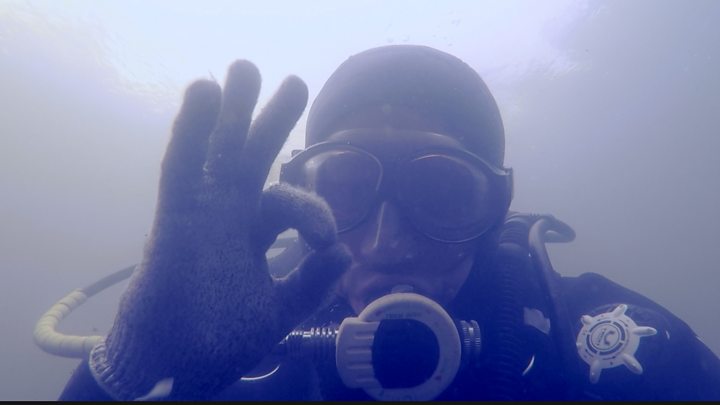 All pictures subject to copyright. Courtesy of SAS-INAH.