Dr Peter Daszak, part of the World Health Organisation’s (WHO) inquiry team, has claimed China is “misunderstood” amid speculation Covid originated in a Wuhan laboratory. However, the scientists has also been accused of a conflict of interest over alleged links to the Chinese laboratory in question.

Appearing on the podcast ’This Week in Virology’, Dr Daszak stated he believes China has fallen victim to “conspiracy theories” about Covid, and added reports suggesting the virus originated in a lab are “political, not scientific”.


When asked about his visit to Wuhan for WHO’s inquiry, Dr Daszak shared he discussed the leak theory with a lab director at the Wuhan Institute of Virology.


He said: “We were asking him all these questions about – they call them rumours over there, we call them conspiracy theories.


“And he said, basically, we’ve not responded to those rumours, because if you do that, you give them oxygen.


“The reason is, he stated quite clearly, they don’t want to give oxygen to these conspiracies. They’re all unfounded.” 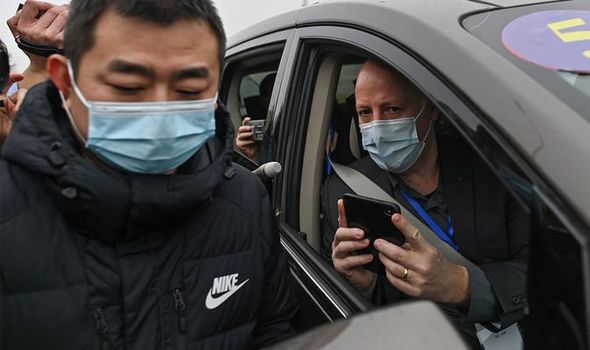 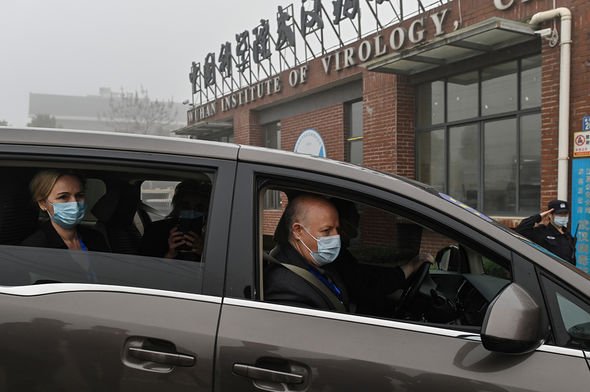 US intelligence reports suggested three workers at the Wuhan Institute fell ill shortly before the first patient with Covid-like symptoms was recorded in the city on December 8 2019.


The report, published earlier this month, said the three workers’ symptoms were “consistent with both Covid-19 and other seasonal illnesses” and differ from a report filed by the Chinese government to the WHO at the time.


Dr Daszak casted doubt on the reports, saying: “There’s no evidence of hospitalisation, and it’s unclear what they were sick with.


“It’s not something that you could really reasonably launch a major audit of.” 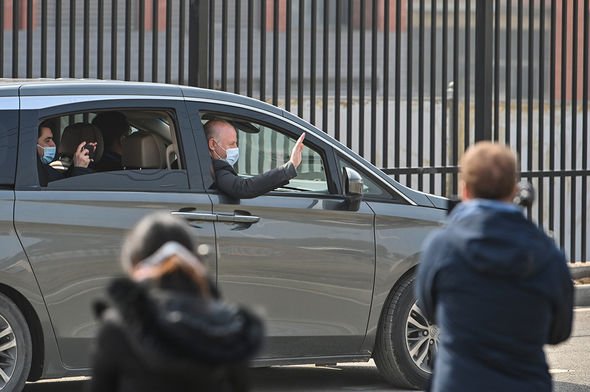 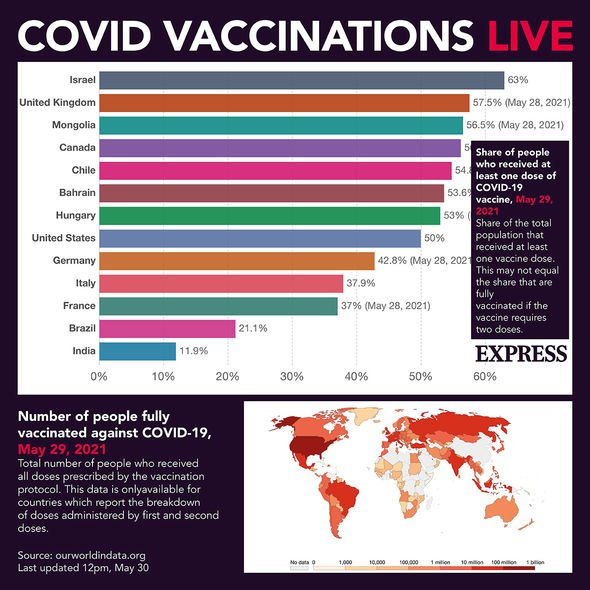 Dr Daszak’s EcoHealth Alliance has been revealed to have funnelled money into research into coronaviruses at the Wuhan Institute of Virology until funding was blocked by US authorities on safety grounds.


The National Institutes of Health said its $3.7 million (£2.8 million) grant to EcoHealth Alliance would be restored only if outside experts could establish whether staff had the Covid virus “in their possession” prior to December 2019.


The WHO inquiry member rejected suggestions this posed a conflict of interest, and said: “My relationship with China, my work here, my connections to the Wuhan Institute of Virology and Shi Zhengli are very well known.


“And they’re really well known because I’ve spent 20 years or 15 years publishing the data. I think that’s a pretty worthwhile thing that we’ve been doing.”

Tedros Adhanom Ghebreyesus, the WHO’s director-general, has conceded the health body’s initial report into the origins of Covid was not “extensive enough” after pressure from 14 countries, including the UK and US.


US President Joe Biden has ordered his officials to redouble their efforts to investigate the origins of the pandemic, including any possibility that the search might lead to a Chinese laboratory.


Nadim Zahawi, the UK’s vaccine minister, also said: “I think the WHO at every step of the way has tried to share as much data with the world as it is able to verify.


“This is a very difficult situation, as we’ve seen around the world, not just in the WHO but in our own country, with our own evidence gathering, and of course advice, and in other countries, every country, whether it’s Singapore or Australia or New Zealand or elsewhere.


“We have all had to collect evidence and then act upon it and I think it is only right that the WHO is allowed to conduct its investigation unencumbered to be able for all of us to understand and be able to deal with future pandemics.” 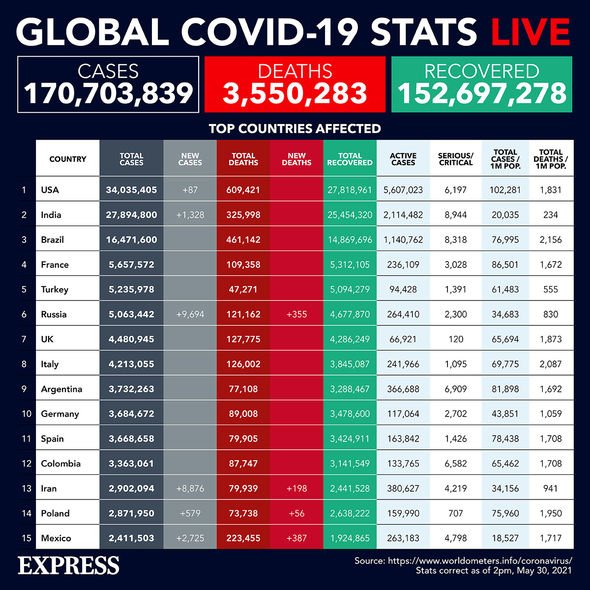 
Yesterday also saw another 3,240 cases and 6 deaths within 28 days of a positive coronavirus test.